The History of Silver Grease Bars

A recent store arrival is the source of this blog. These two bars, one weighing 105.33 troy oz and the second 95.78 troy oz, are new store acquisitions. At a glance these bars are quite crude looking, albeit significantly sized bars of silver. They actually have a rich place in U.S. history and that simple, no frills appearance was borne from necessity.

During the 1960s circulating silver certificates could be exchanged at US Assay offices for their value in physical silver bars, with the two offices being located in San Francisco and New York.

It became mandated that by 1968 all silver certificates should be exchanged for physical silver. For those exchanging small amounts, they received individual bags of silver granules with each $1 certificate being exchanged for 0.773 troy oz of granuals, (the weight of silver in a US dollar at the time.)

For those exchanging larger volumes of certificates, silver bars were offer. Demand for the exchange scheme was such that these poured silver bars had to be produced quickly and in volume. Though few very early bars bore assay office marks, the vast majority had nothing more than their weight in troy ounces written in grease pencil. The latter ultimately resulted in these bars being referred to as grease bars.

The San Francisco office where these two bars were minted was predominantly responsible for the larger bars with weights around the 100 troy oz mark.

Though the bars were originally minted in quantity, many of them are thought to have been melted down during the great silver melts of the late 70s and early 80s.

They may not be as sleek as many modern bars but this industrial-esque appearance is part of the history they're seeped in. 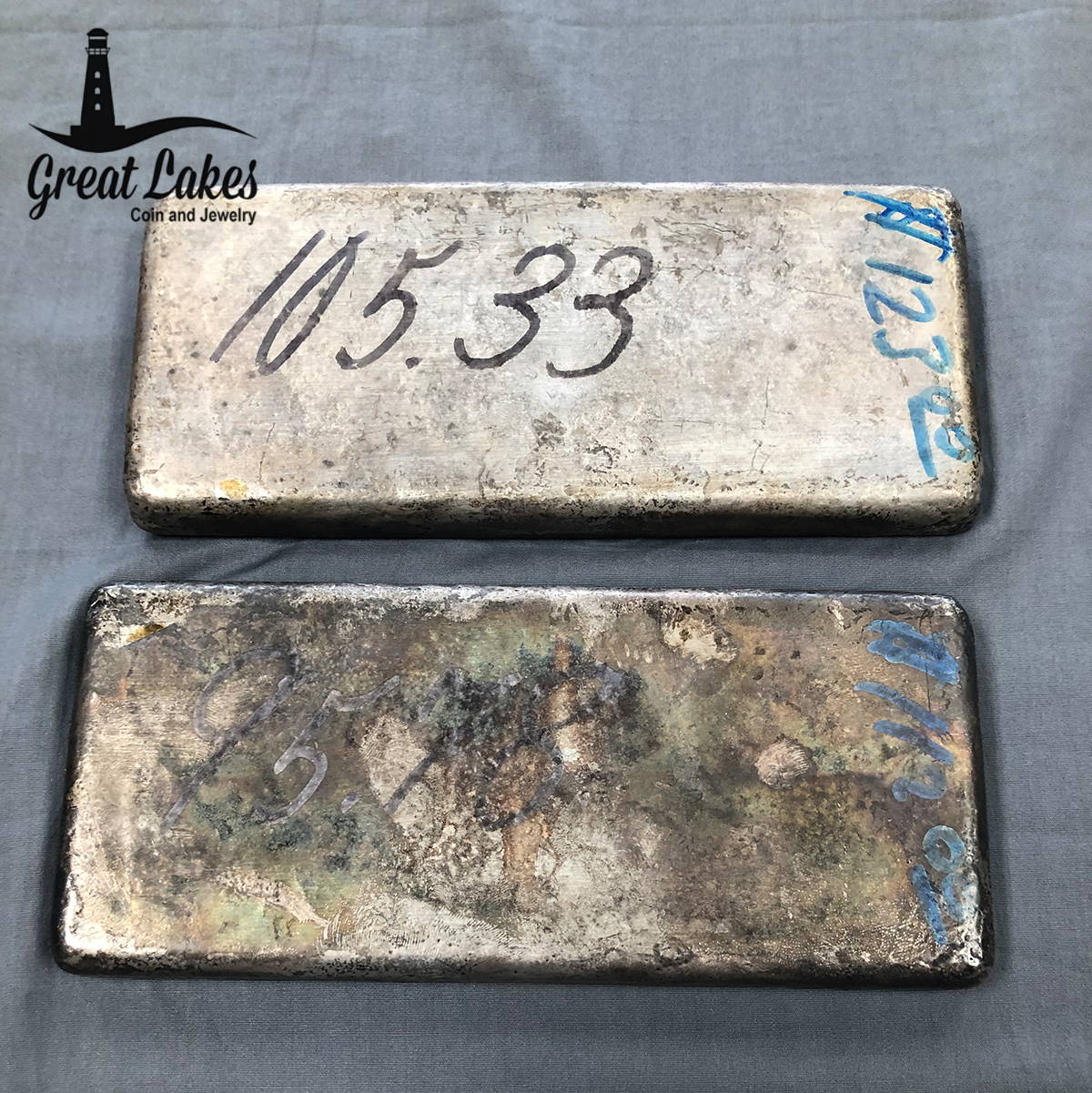 These unique bars are currently available via our website with discounts available (as always,) for Paypal invoice, crypto invoice or check payment. 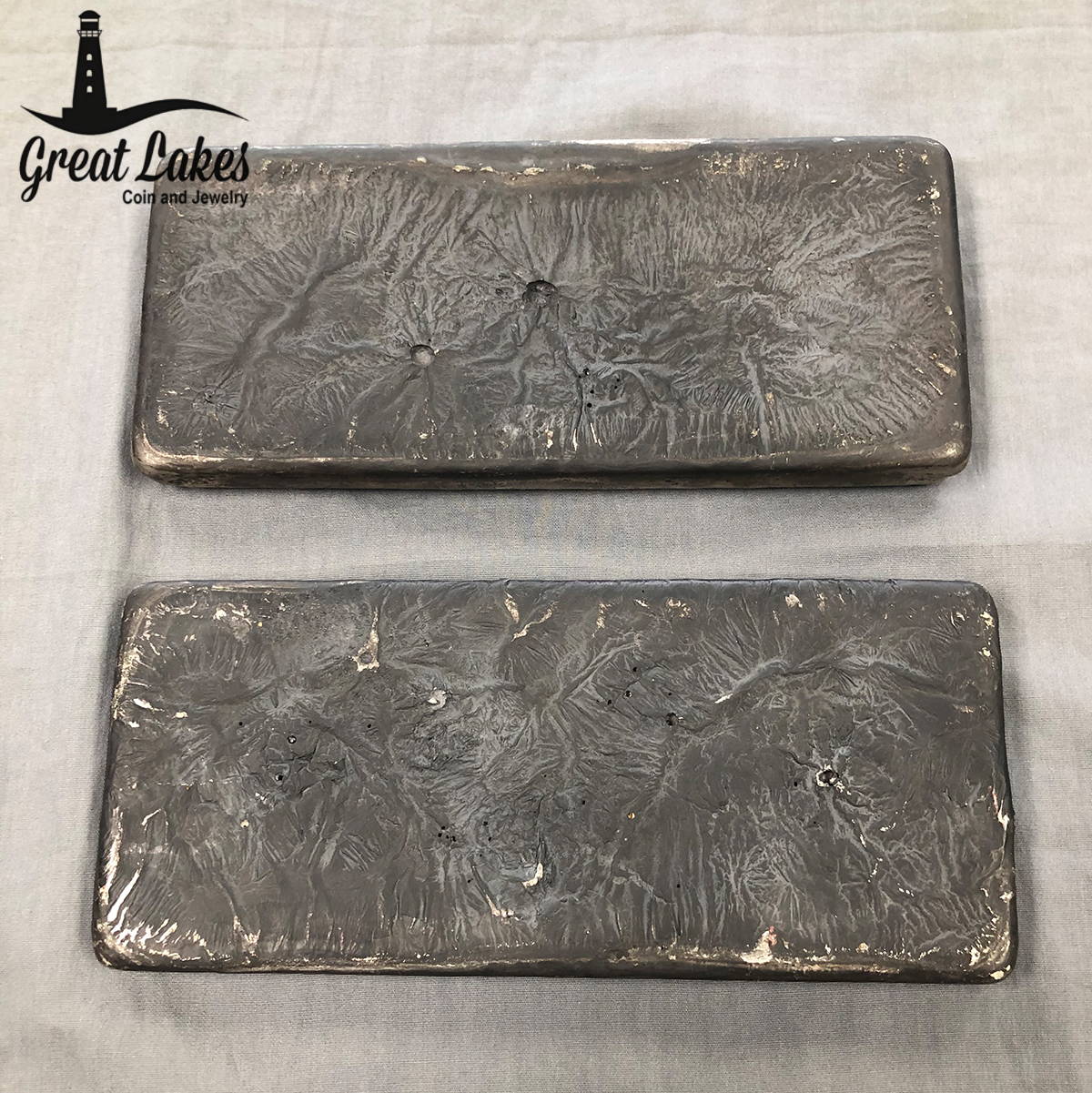 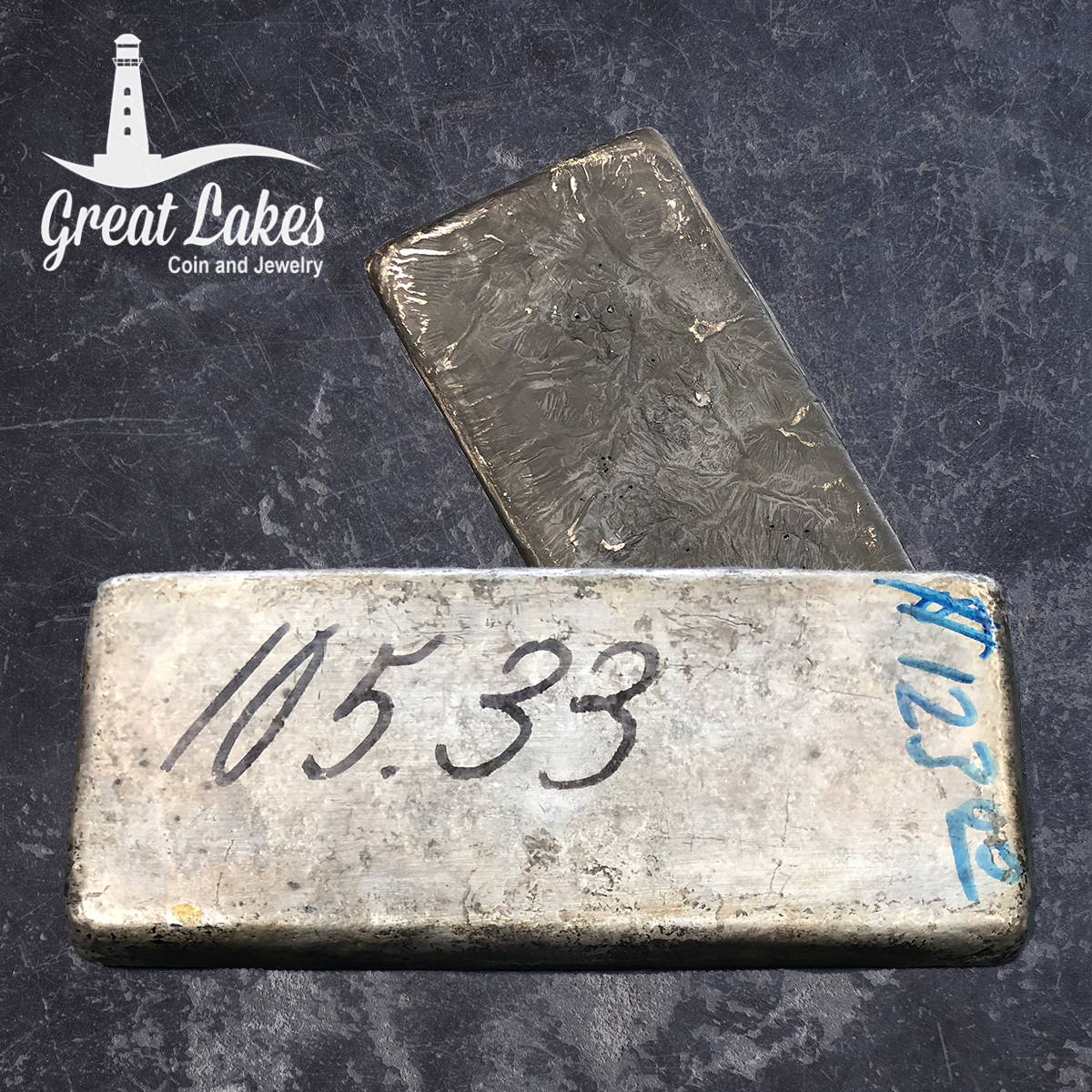